You are here: Home / Influencing the Digital Space

If you are looking to influence the Digital Space, you need to be monitoring many of the activities in the Online Brand Reputation section of this site as part of a strategy start to Influence the digital space.

Here are some social media and Search Engine Optimisation (SEO) Key areas you would consider if you were going to run a digital influence strategy with some very poignant examples. 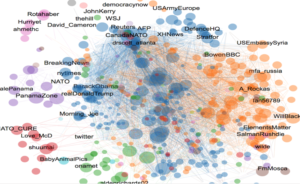 fig. IDS01 – provided as part of trial with Sysomos

This refers to the number of followers, subscribers and/or influential people an individual or group has. It determines how many people an individual or group can influence. If you’re able to create a relationship with the potential influencer, you cannot be too prescriptive in the message you want them to portray, as it will always need to be in their own words and in accordance with their own brand.

By targeting such groups or individuals you can gain access to millions more people then you could normally hope to address. Your brand could also benefit from gaining more followers. A good example of this is Ed Miliband’s deliberate attempt to attract younger voters in the 2015 election by courting Russell Brand, see the BBC report here. 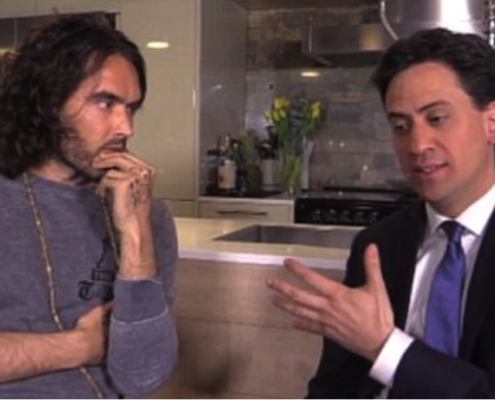 Key influencers are individuals as the image below (KI01) shows. In this instance DianaKruger was identified as a Key Influencer for the keyword ‘HATO’ (Russian for NATO). Not just based on her reach but more importantly who she has following her and who she’s connected to.

Also identified are groups/companies represented in the image below (KI02). There are others such as WikiLeaks, DCLeaks.com and Guccifer 2.0. The latter three examples were used by the Russians in the recent ‘digital influence campaign’ which was run to influence the US presidential elections.

Knowing who the Key Influencers are enables you to build a strategy around who you will target with your messaging, this can be direct or indirect.

A not-so-new form of bullying. Sending trolls out to harass, intimidate and bully individuals/groups of people who have an opinion that is not in keeping with their own. In many instances they have no or few followers, as their accounts have been set up for the sole purpose of running an intimidation campaign to negate people/groups from projecting their opinion

Particularly poignant if you’re trying to target a specific territory, tracking how well you’re performing is key. The Organisation for Security and C0-operation in Europe (OSCE) who is one of the ‘go to sources’ for information (they monitor the peace treaty between the Ukraine government and the Rebels) do not perform well in Ukraine (2016) SERPs on Google or Yandex (the primary search engines). However, having completed an SEO report for the OSCE, it is evident they could easily ‘own’ the SERP for up to date news and information if they applied an SEO process to all their articles.

Here’s evidence this is the case (see image below), the OSCE hold the Page Authority, almost own the Domain Authority (easily rectified) and could easily master the Root Domain if their article was translated properly to Russian on their website. 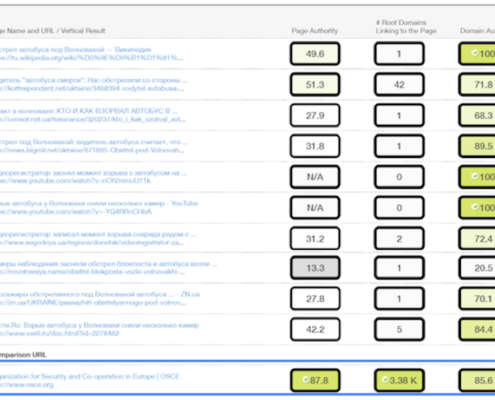 Here’s a scenario I’d like to share with you: A young man of fighting age has had a couple of friends start fighting for ISIS and he’s intrigued, they’re always messaging him how amazing it is and how they’re doing so well. He wants to find out more so he types into the Google search engine the following ‘ISIS defeats’. The search results that are returned are variations of the following ‘Iraqi army defeats ISIS again’. The articles all have the keywords ‘ISIS defeats’, just not in the order he was expecting. Hopefully that’s put him off, especially when run alongside pictures of ISIS killing women and children.

US Intelligent Agencies have concluded that Russia has attempted to influence the US Presidential race through Cyber attacks and releasing content / information through specified channels online, such as; WikiLeaks, DCLeaks.com and Guccifer 2.0. In many ways similar to Ed Miliband & Russell Brand’s meeting except this was most definitely intended to be discreet. In this case it’s not about people (Russell Brand) but about websites targeted for releasing content. You could say Russia released the ‘bait’ and the US media took it. You just need to know where to release it.

Read more about Russia’s attempt at trying to influence the US election here. 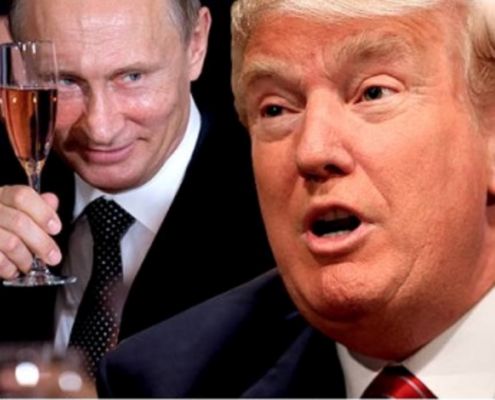 Whether through social media or SEO (rarely do they ever work alone), influencing the digital space can have serious implications. Some of the examples used above make this very clear. For certain brands it’s an area, which needs to be ‘monitored’ as a bear minimum. Brands, governments and individuals who want to succeed must have a response prepared and must operate in the social and search engine space to have a platform and a voice.