Relton Associates has been supporting NATO and the USMC to deliver Digital training to their various teams over the past year with great success.

First came NATO’s exercise ‘Trident Jaguar’ in spring of 2015 followed by exercise ARRCade Fusion in Latvia in the latter part of the year. Both exercises focused on Social Media monitoring, gathering information and influencing within the sphere of operations.

Using Social Media monitoring tools to identify various conversations, positive and negative, around specified keywords and topics. Here’s some of the reasons why NATO is looking to monitor topics on social media;

By monitoring social media: you are able to identify individuals & groups to influence, message or even just inform, because you have identified a ‘thirst or need for information’.

Early in 2016 Relton Associates has been working with McKenzie Intelligence Services and New Century in supplying training to elements of the Iraqi Military in Bagdad, on behalf of the USMC. In the battle to crush ISIS (Daesh) it is clear social media and influencing online perceptions is critical to the success of the Iraqi Military…an 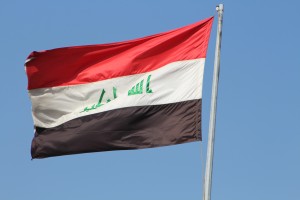 d the Iraqi Military is embracing this with gusto.

Relton Associates also supported in training Iraqi Officer’s and troops in Search Engine Optimisation (SEO), Audience Analysis for Targeted messaging, how to use GoPro and other lessons relevant to winning the battle against ISIS (Daesh).

If you would like to know more about Social Media monitoring why not drop us a line?

Top performing Amazon stores aim for top levels of Customer Feedback – after all, your 98% feedback is no use if your competitors are winning BuyBox and customers, because they’ve achieved 99%.

Top performing stores need top performing feedback.  The high levels of positive feedback achieved by top performing stores may seem unreachable to some sellers – after all, however wonderful your service is, there will be the odd chirpy customer how rewards you with a 1/5 and then there’s occasional mishap in despatch and shipping…. So if your feedback is languishing below 95%, you might think that 99% is an unachievable target – that is, unless you share the ‘3 click Amazon feedback secret’ of managing your feedback.

A Relton Associates survey of low performing Amazon stores – stores with feedback levels of 92% or less, found that 80% of the feedback impacting on that score was totally avoidable and could be removed in 3 clicks using standard Amazon processes.

The key factor affecting the seller’s feedback level was found not to be performance, but knowledge of Amazon processes.  These sellers were just not managing their feedback.  If low feedback rates are affecting your store’s performance, and you would like to find out how to use ‘the 3 click Amazon feedback secret’ removal process, then why not drop us a line to find out more